Alright so I don’t post as much it seems, Ive been busy with uni/portfolio stuff and also had recently made another asset for Worms Clan Wars. Also you may of noticed, I decided to remove some pages from here due this will only act as my blog and my website/portfolio will be hosted/made elsewhere which can be found here.

Alright so my asset I did last night was a gravestone based off another gravestone from an earlier game of Worms (Worms Reloaded) as shown.

I had remembered a user saying could I make items from the Reloaded series for Worms Clan Wars, I said it depended and never spoke to the person again and nor had I played it at the time so I played it last night and saw all the options and thought hm I could make this for Worms Clan Wars as I had made a helmet last year and sadly it never got used otherwise. I did make a few changes to it due to it could be cleaned up alot and unwrapped a whole lot better so I did. I didn’t do exactly how its pictured here but used it as a reference, here was my result. 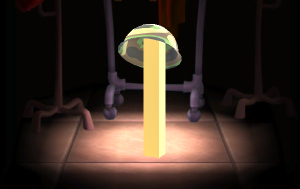 I did have a little bit of trouble such as getting it to be the right/correct size and Maya crashing on me (which never happens to me) and yeah, I may go back and make the board a little bit thinner and less sqaure-ish but I was going for more of a pole look rather then a plank look.

So something else I’ve dug up from the past and started to work on is my Devil sculpt that I did as a first, second or third go with Mudbox. I didn’t use any reference, it was just a play around project at the time. But I thought I’d dig it back up as I never did get it to a finished state that I was happy/wanted it to. So I got some feedback from some friends and have been slowly chipping at it through the week. The shot on the left is what I started with and right is where the devil sculpt is at (still a WIP of course). Im wanting to add the teeth back on the bottom row, and tweak with the added in teeth I have in the top row then I’ll have a play around with painting some detail (which I do have, but only as a base). 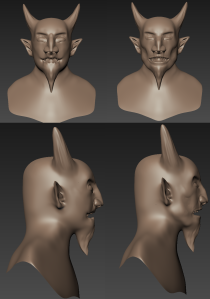 And yet another dig up, I was using this asset as a part of a scene. I started it very early last year before I even knew what normal maps were or that they even existed! So I haven’t gotten around to finishing the scene (still had to model a lamp and a mouse and many more things) but thought for now I had a full computer setup (minus the mouse) and thought I’d have a little play around with it in Marmoset Toolbag 2. I also did a turntable for it and not that its very noticeable but I did a very little normal map, later on for the model (to make the power button stand out more) but I was still new to normal maps and may have to go back and give it an update when I get some time. Also seeing as I made a SketchFab account many months ago but had never uploaded anything to it, I decided this would be my first asset to go up from me which can be found here. 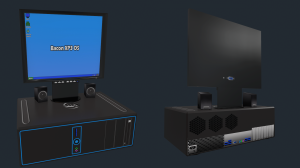