So its been a few months since I wrote a blog, I’m not too sure how much more I will blog as this was only really for school..but I may keep it up.

So I graduated last year, and am now doing the Incubator program that AIE offers, so 2 other artists who I met at AIE, a programmer and myself are going to be making our own indie game dev group/company/partnership we haven’t decided what we will join together as just yet. So I am now considered a “Indie Game Dev” now.

So my HDD died just before Xmas, I got most of my stuff back and have only just recently gotten some upgrades so I have a PC back (man SSD’s rule!).

Anyways so I’ve been at my girlfriends place and have done a tiny bit of modeling (not as much as I should be though I have to admit) So it was a few days old, but I made a Xmas themed hat for Worms Clan Wars which was a pudding hat. 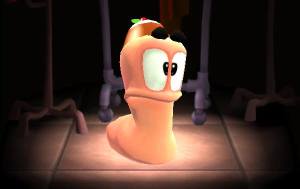 At the moment it’s sitting on 24 Unique Visitors, 8 Current Subscribers and 1 Current Favorite. So maybe it will be more used towards this years xmas (or maybe not).

So atm I have been playing around with a Plumbob model I made last night, I feel its taken me way too long to get where I am but I am trying to get it close as possible but also being a low poly model. The trouble atm I’m having is getting the transparency right for the middle diamond inside the bigger diamond shape. Here are some shots of it “on and off” rendered in Marmoset Toolbag 2. These shots are out of date, I have edited the alpha maps since but have come across another error (don’t know what is causing it) but it’s giving off black lines on it (really annoying). 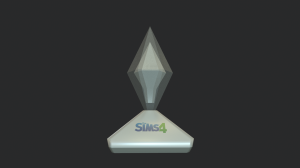 This is what I keep getting now

So I guess I will keep fiddling with it and hopefully get it worked out, if not then perhaps I can hopefully go back to this in the future and fix it up.

Update 9:45am: Ive gone back and broke the model up (had joined it up before exporting) and its made life a whole lot easier and no more black lines and it looks a whole lot closer to how it looks in real life (I hope).